Join us now to get access to all our features. Once registered and logged in, you will be able to create topics, post replies to existing threads, give reputation to your fellow members, get your own private messenger, and so, so much more. It's also quick and totally free, so what are you waiting for?

You are using an out of date browser. It may not display this or other websites correctly.
You should upgrade or use an alternative browser. 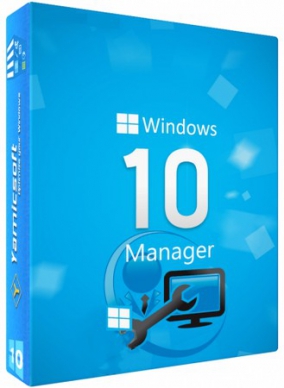 Windows 10 Manager is a set of utilities for Windows 10 with which you can kill the system once and for all. No, but what? I don't like SEO and other similar software. They do not optimize or speed up anything, these are all fairy tales for little children and narrow-minded adults. If you want speed, buy hardware (processor, SSD, RAM), but it is silly to hope that the program will magically speed up your computer. The harsh truth as it is, sorry. Nevertheless, Windows 10 Manager also contains useful functions in the form of a tweaker (again, configure only what you understand), startup manager, flexible scheduler and others, which can be found in the screenshots. Note that I strongly advise against using the system cleaning function. In general, be careful, I warned.

Windows 10 Manager v3.4.1 released.
Fix the bugs for Hardware Monitor and File Security.
Fix the typo for My Task.
Perfect some functions.

XenTR Lorem Ipsum has been the industry's standard dummy text ever since the 1500s, when an unknown printer took a galley of type and scrambled it to make a type specimen book.

It is a long established fact that a reader will be distracted by the readable content of a page when looking at its layout.